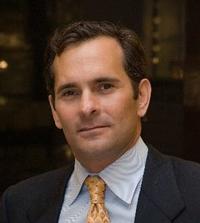 Dan Hillenbrand is an experienced operator who has served as Chairman, CEO and President of companies in the manufacturing, services and consumer products arenas.   Dan has a domestic and global record of dramatically increasing sales, profits and cash flow in multiple diversified manufacturing environments and industries.

Dan is a member of the Economic Club of Chicago and the World Presidents Organization. Dan has also enjoyed serving on the board of trustees for the Lincoln Park Zoo, La Lumiere Preparatory High School and the Adventurers Club of Chicago. Dan earned his undergraduate degree from Boston College and an MBA from Northwestern’s Kellogg Graduate School of Management, where he has been an advisor to graduate students in the entrepreneurship department and a regular New Venture competition judge.
​
Dan has received various awards and recognitions during his career including Outstanding Employer Award and Fast Track Award, both presented by the governor of the state along with a Global Innovation Award for design excellence. 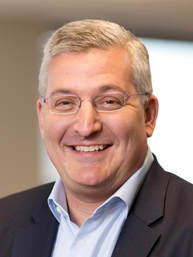 Michael Alter is a Clinical Professor of Entrepreneurship at the University of Chicago’s Booth School of Business.  Michael is also the Executive Chairman (and former Interim CEO) of Vanco Payment Solutions, the largest provider of e-giving payment solutions to the Faith-based community.  Previously, he was the Chief Executive Officer of The Tie Bar, LLC - the #1 e‐commerce destination for stylish men's accessories. Prior to The Tie Bar, Michael was a co-founder and CEO of SurePayroll, a SaaS technology company that is now a wholly owned subsidiary of Paychex®.   Michael co-founded SurePayroll in 2000 after six years as a Consultant with McKinsey and Company. Prior to receiving his MBA from the Harvard Business School, Michael worked in various sales positions at IBM. He holds a bachelor's degree in economics from Northwestern University.

Michael is also an active board and advisory board member for leading industry and entrepreneurial organizations including: Board Member for Nambe — a leading design and lifestyle brand known for their award-winning tabletop giftware, Board Member for MAX Systems — the SaaS leader in Mobile Showroom and Digital Performance Management for Auto Dealers, and previously, a Chicago Chapter Officer for the Young Presidents' Organization.
​
A past recipient of the Illinois Technology Association CityLIGHTS CEO of the Year Award, Michael has been a nationally recognized spokesman on business issues, having served as a columnist for INC.com and appearing regularly in media outlets nationwide, including Bloomberg TV, and the Wall Street Journal.